For an alien looking to explore Earth, the frozen wastes of Siberia may not be the most attractive of landing locations.But if this film footage is to be believed, that's exactly where these 'little green men' chose to land their UFO. The clip, filmed in the remote Irkutsk region of Siberia, appears to show a strange glowing craft and five aliens walking about in the snow。 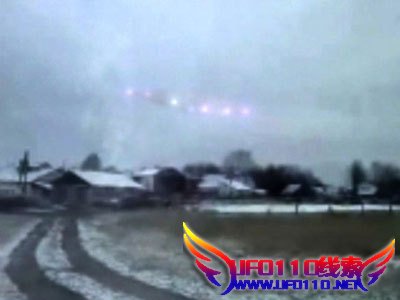 It shows what seems to be an alien about four feet tall, standing 15 feet away from its glowing craft, with four other similar figures nearby.The short clip was taken two days after mysterious lights illuminated the Siberian night skies above Bayanday, also in Irkutsk。

'These two videos from two independent witnesses show that a UFO event of Roswell-sized proportions has taken place in Russia,' said UFO expert Mike Cohen. 'Two days after these clips were taken the town of Bayanday reported a crash of a huge pink and blue glowing object.'An enormous explosion was then heard over a wide area.'He claimed police and rescue departments were flooded with phone calls from frightened residents.'The military soon confirmed that it had not been doing any exercises in the area and therefore cannot be responsible for any reports of UFOs,' he added。